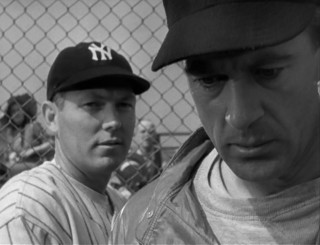 Catcher Bill Dickey plays himself in the 1942 Lou Gehrig bio THE PRIDE OF THE YANKEES. He played his entire 19-year baseball career with the New York Yankees (1928–1946). During Dickey's playing career, the Yankees went to the World Series nine times, winning eight championships. Dickey was elected to the Baseball Hall of Fame in 1954. © RKO Radio Pictures 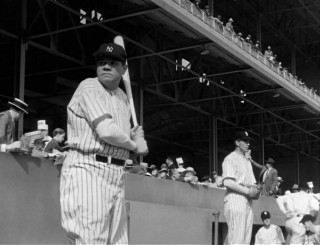 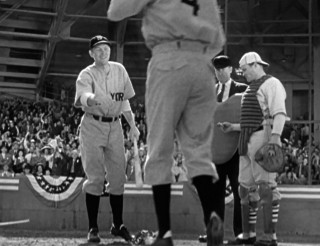 Shortstop Mark Koenig congratulates Gary Cooper's Lou Gehrig in THE PRIDE OF THE YANKEES (1942). He played for 12 seasons from 1925–1936. He was the starting shortstop for the New York Yankees 1927 Murderers' Row team, and was the last surviving member of that legendary team. © RKO Radio Pictures 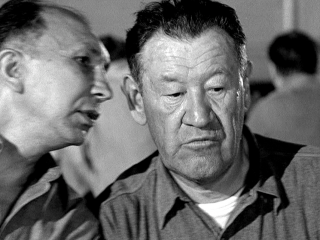 Jim Thorpe, one of the greatest athletes of the 20th century, plays a nameless prisoner who passes along some bad news to Cody Jarrett in WHITE HEAT (1949) (There's a reason Thorpe looks worse for wear in this movie. After his athletic career ended, Thorpe had difficulty holding down a job, eventually becoming a chronic alcoholic. He ran out of money sometime in the early 1950s, and when hospitalized for lip cancer in 1950, he was admitted as a charity case. He died of heart failure in three years later at the age of 64.) © Warner Bros.

Boxing champion Jake LaMotta has a cameo as a bartender in THE HUSTLER (1961). Martin Scorsese later directed LaMotta's life story in RAGING BULL and the sequel to THE HUSTLER, THE COLOR OF MONEY. © 20th Century Fox

As a professional NFL player, Roosevelt Grier was a member of the New York Giants and the original Fearsome Foursome of the Los Angeles Rams. When he retired, he started acting, appearing in IN COLD BLOOD (1967) as an uncredited driver trying to pickup hitchhikers Robert Blake & Scott Wilson. © Columbia Pictures 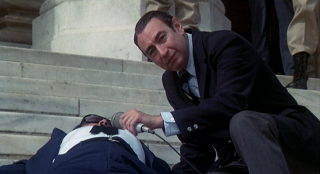 A minor but memorable role for Alex Karras in the western parody BLAZING SADDLES (1974): the very strong and slow-witted thug Mongo, who rode into town on a huge brahman (marked with "yes" and "no" passing signals), knocked out a horse with one punch, and famously responded to a question from Sheriff Bart with, "Don't know..." (looking straight into the camera) "...Mongo only pawn in game of life." He played football with the Detroit Lions in the NFL from 1958–1962 and 1964–1970. © Warner Bros. 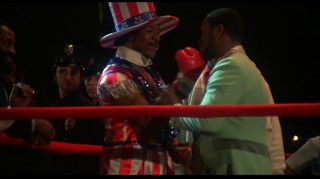 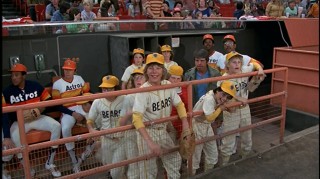 In THE BAD NEWS BEARS IN BREAKING TRAINING (1977) the Bears find themselves in Houston Astrodome to play the Toros for a shot to play Japanese champs (as seen in the 3rd Bears film). Coach Leak leads the Astrodome crowd in the chant "Let them play!" when the umpires attempt to call the game prematurely because of time constraints. Four members of the 1976 Houston Astros pop up in the dugout and chant along with the rest of the crowd:J.R. Richard, César Cedeño, Enos Cabel (not shown) and Bob Watson © Paramount Pictures 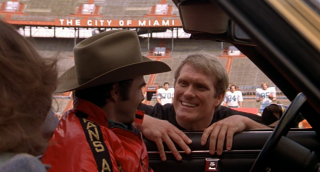 Pittsburgh Steeler QB Terry Bradshaw as himself in SMOKEY AND THE BANDIT II (1980). The Hall of Famer played 14 seasons with Pittsburgh, won four Super Bowl titles in a six-year period (1975, 1976, 1979, and 1980), becoming the first quarterback to win three and four Super Bowls, and led the Steelers to eight AFC Central championships. He also appeared in two other Burt Reynolds films: HOOPER & THE CANNONBALL RUN. © Universal Pictures 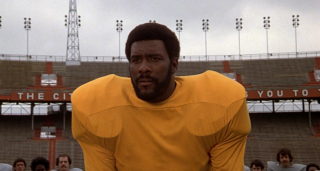 Pittsburgh Steeler Defensive Tackle "Mean Joe" Greene as himself in SMOKEY AND THE BANDIT II (1980). The Hall of Famer's acting career is best remembered for his 1979/1980 Coca-Cola TV commercial. © Universal Pictures 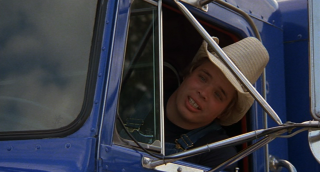 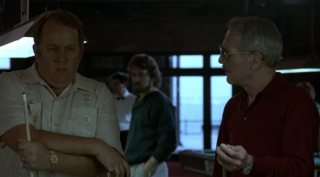 The Color of Money

The late Steve Mizerak (aka The Miz) was a world champion pool player dominant during the 1970s & early 1980s. Here he loses to Fast Eddie Nelson (Paul Newman) in a pool tournament in THE COLOR OF MONEY (1986) © Buena Vista Distribution 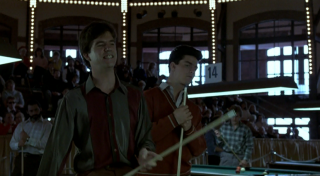 The Color of Money

Keith McCready as Grady Seasons, a fictional infamous, sharking hustler and top money-winner in all of pool in THE COLOR OF MONEY (1986). Nicknamed "Earthquake", McCready was at one time considered among the top pool players in America. © Buena Vista Distribution 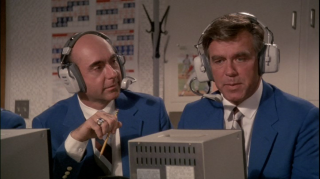 Long time announcers Dick Vitale and Tim McCarver, who also had very long career as a major league catcher, in THE NAKED GUN: FROM THE FILES OF POLICE SQUAD (1988). © Paramount Pictures 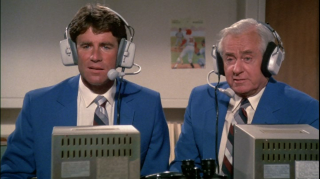 The Naked Gun: From the File of Police Squad

Baltimore Orioles Hall of Fame pitcher Jim Palmer and longtime Boston Red Sox announcer Curt Gowdy as themselves in THE NAKED GUN: FROM THE FILES OF POLICE SQUAD (1988). © Paramount Pictures 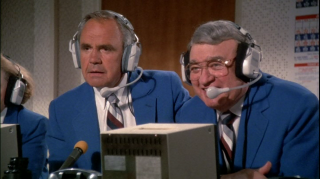 "How about that?!" Longtime announcers Dick Enberg and Mel Allen in THE NAKED GUN: FROM THE FILES OF POLICE SQUAD (1988). © Paramount Pictures 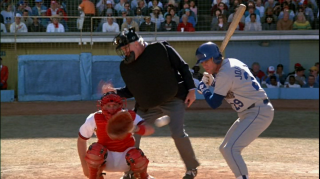 The Naked Gun: The Files from Police Squad

Longtime outfielder Jay Johnstone, who played with several teams between 1966-1985, as a befuddled hitter to umpire Frank Drebin (Leslie Nielson) premature third strike call in THE NAKED GUN: FROM THE FILES OF POLICE SQUAD (1988). © Paramount Pictures 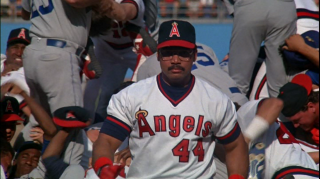 "I must kill the Queen" Hall of Fame outfielder Reggie Jackson as the unexpected assassin in THE NAKED GUN: FROM THE FILES OF POLICE SQUAD (1988).