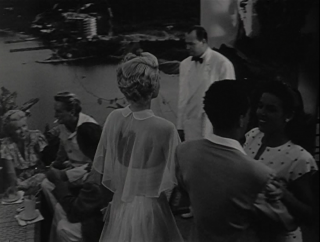 The Lady From Shanghai

THE LADY FROM SHANGHAI (1947) was an Orson Wells film noir co-starring his wife at the time, Rita Hayworth. In a scene involving a cantina where Rita Hayworth's character Elsa (the woman in white with short blonde hair) storms out of the bar where they are gathered for the evening, Errol Flynn is visible on the left, seated with a lady and smoking a cigarette.. The appearance was so fleeting it would have been very difficult to see on the silver screen. Errol Flynn's yacht, the Schooner "Zaca" was used extensively during filming and Flynn was aboard to host parties every night. © Columbia Pictures

Elaine May in a small role as the girl who gives Benjamin (Dustin Hoffman) a note at the end of THE GRADUATE (1967). May is an American film director, screenwriter and actress. She achieved her greatest fame in the 1950s from her improvisational comedy routines in partnership with Mike Nichols (the director of THE GRADUATE). She is a two time Academy Award nominated screenwriter (HERE COMES MR. JORDON and HEAVEN CAN WAIT) and also the mother of Oscar nominee Jeannie Berlin (THE HEARTBREAK KID). Elaine May also wrote the screenplay for THE BIRDCAGE & PRIMARY COLORS. © Embassy Pictures 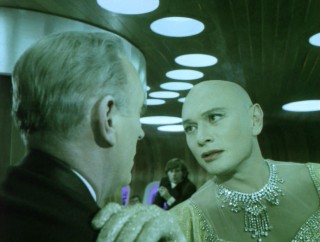 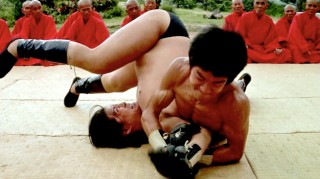 In the first scene of ENTER THE DRAGON (1973), the big boned guy who is handily bested by Bruce Lee is future martial arts star/director/fight choreographer Sammo Hung. Hung learned martial arts at Peking Opera School and by the time he was in "Enter the Dragon" , he's already done fight work in over twenty movies. © Warner Bros.

An uncredited Penny Marshall as Miss Fitzroy, the woman in charge of the USO girls in 1941 (1979). Look carefully in the background and you can catch Audrey Landers wearing the big red bow. © Universal Pictures 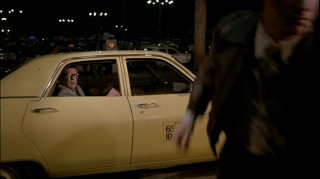 Howard Jarvis as an uncredited fare who sits in the back of Ted Striker's cab through the duration of AIRPLANE! (1980). He ran several times for Mayor of Los Angeles on an anti-tax platform and gained a reputation as a harsh critic of government. An Orange County businessman, he went on to lead the Howard Jarvis Taxpayers Association and spearheaded Proposition 13 the California property tax-cutting initiative passed in 1978 which slashed property taxes by 57% and initiated a national tax revolt. This cameo was an inside joke that people outside California were probably unaware of since Jarvis, a champion of fiscal responsibility, spent the entire movie sitting in an empty cab waiting for the driver to return, with the meter running all the while. Jarvis had the final line in the movie, which he said after the end credits. Still sitting in the cab with the fare at $113 and still rising, he looks at his watch and says "Well, I'll give him another twenty minutes, but that's it!" © Paramount Pictures 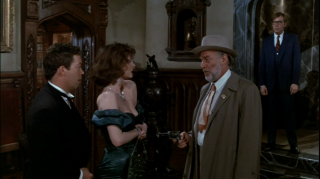 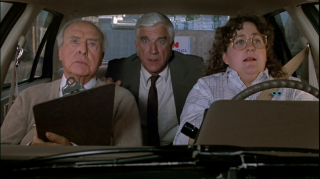 The Naked Gun: From the Files of Police Squad!

John Houseman in one of his last screen appearances as the driving instructor in THE NAKED GUN: FROM THE FILES OF POLICE SQUAD (1988). © Paramount Pictures 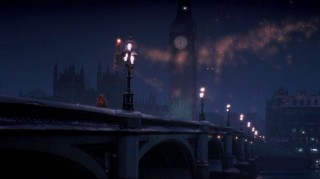 Just as the adult Peter Pan is being spirited away to Neverland in HOOK (1991), some magic fairy dust is sprinkled on a couple making out, played by George Lucas and Carrie Fisher. © TriStar Pictures 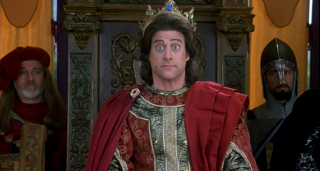 Although never confirmed, the guy on the left looks just like George Carlin in ROBIN HOOD: MEN IN TIGHTS (1993). © 20th Century Fox 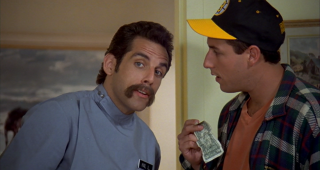 An uncrediited Ben Stiller as Hal, the retirement home manager that Grandma Gilmore moves to, and uses the residents for slave labor in HAPPY GILMORE (1996). © Universal Pictures