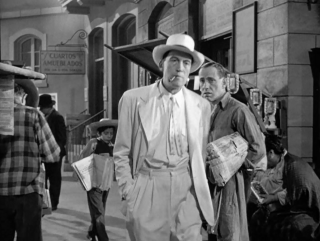 The Treasure of the Sierra Madre

In the 1948 classic THE TREASURE OF THE SIERRA MADRE, director John Huston pops up in three different scenes in the first 7 minutes as an "American in Tampico in White Suit," who gives a down on his luck Dobbs (Humphrey Bogart) handouts. Huston would later win two Oscars for this film, one for Best Director and one for Best Screenplay © Warner Bros.

Rebel Without A Cause

Director Nicholas Ray is the last man slowly walking toward the Griffith Observatory at the end of his 1955 film REBEL WITHOUT A CAUSE. © Warner Bros.

In THE 400 BLOWS, French New Wave director François Truffaut himself makes a cameo appearance in the funfair ride. He's the man in the black coat & scarf. One of the defining films of the French New Wave, the film received numerous awards and nominations, including the Cannes Film Festival Award for Best Director, the OCIC Award, and a Palme d'Or nomination in 1959. The film was also nominated for an Academy Award for Best Writing in 1960. Filmmakers Akira Kurosawa, Luis Buñuel, Satyajit Ray, Jean Cocteau, Carl Theodor Dreyer, Richard Lester and Norman Jewison have cited THE 400 BLOWS as one of their favorite movies. Kurosawa called it "one of the most beautiful films that I have ever seen" © Cocinor 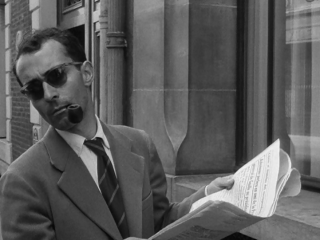 Director Jean-Luc Godard as an informer in his 1960 film BREATHLESS. It was his first feature length work, and one of the earliest, most influential of the French New Wave. At the time, the film attracted much attention for its bold visual style and the innovative use of jump cuts. © StudioCanal

Calling out "Who are you?" to Lawrence at the Suez Canal is director David Lean in his 1962 film LAWRENCE OF ARABIA. © Columbia Pictures 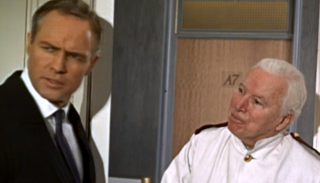 The Countess from Hong Kong

A COUNTESS FROM HONG KONG (1967) was the last film directed by Charlie Chaplin. This critical and commercial failure starred Marlon Brando & Sophia Loren, was one of two films Chaplin directed in which he did not play a major role (the other was 1923's A WOMEN IN PARIS). Chaplin makes two brief appearances as the ship's steward, the only time he ever appeared on screen in color. © Universal Pictures