home » The Beatles, The Lord of the Rings and The Tolkien Rejection

The Beatles, The Lord of the Rings and The Tolkien Rejection 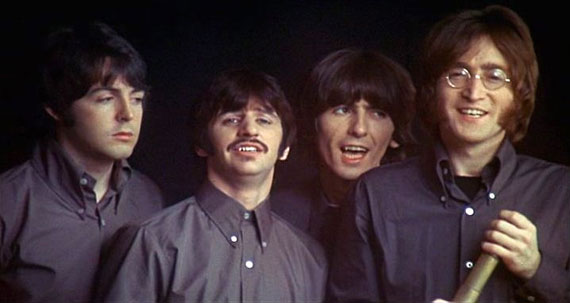 In a time when entertainers read books, an ambitious plan was conceived by John Lennon during the height of The Beatles popularity. Lennon’s brief foray into acting and a contractual obligation inspired him to take on the role of Gollum in a feature film adaptation of J.R.R. Tolkien’s The Lord of the Rings.

Beatlemania was becoming a tired experience for the foursome and they were more interested in exploring other projects as individuals and together as a group.

The end of the controversial and chaotic 1966 world tour at San Francisco’s Candlestick Park on August 29, was a mere 13 months after the premiere of their second feature film Help! Looking back, the film effectively marked the end of the group’s lovable moptop image of four charming Liverpool lads appealing as safe entertainment for the masses. The release of Rubber Soul a few months later opened a new era of the group’s experimentation in the studio of different musical styles and mind altering drugs.

August 29, 1966-The Beatles walk away from live performing

When the ’66 tour concluded, the group separated for over three months to decompress, discover their individual personalities and embark on a series of solo projects. George Harrison revealed in later years that this was the time he “left” The Beatles and began a period of self-discovery that eventually led to the group dissolution. The late summer and autumn of 1966 witnessed a remarkable transformation in the group.

George and his wife Patti traveled to India to further his lessons on the sitar and learn about the former British colony’s culture and people. Little did George know but the trip was the start his lifelong devotion to Hinduism and his love for the country.

Paul McCartney stayed in England during this break, exploring the many Art Galleries, West End Plays, Avant Garde expositions and happenings taking place in swinging London. The workaholic that he is, Paul composed the score for the soundtrack to the U.K. film The Family Way, making it the first official musical solo project by one of The Beatles.

Ringo Starr was settling into domestic peace with his wife Maureen and toddler Zak in the suburbs of London.

John headed to Spain to co-star in Richard Lester’s black comedy How I Won The War. It was in Spain that Lennon returned to his nostalgia for Liverpool that began a year earlier with “In My Life” by composing “Strawberry Fields Forever,” a haunting flashback to an area in Liverpool he played in childhood.

Was Lennon unconsciously auditioning for Gollum at concerts during the height of Beatlemania?

The Beatles film career went on hiatus and instead they concentrated on recording music for the next few years, but they still owed a third film to United Artists.

The first two films, A Hard Day’s Night and Help! were box office hits, but you cannot help but notice the bored (or glazed stoned) looks on their eyes in the Technicolor second film. The group not only needed recharging, but they needed an artistic challenge to their fast paced career. These were the only feature films The Beatles actually acted in. Magical Mystery Tour was technically a BBC-TV special that aired on Boxing Day 1967; the animated Yellow Submarine had very little involvement from the group except for four songs and brief appearance at the end of the film and Let it Be was a fly-on-the-wall documentary on the making of an album and live concert.

The group reluctantly agreed with manager Brian Epstein to produce the animated Yellow Submarine with voice actors standing in for them.

By the end of 1967, Epstein was dead, the Magical Mystery Tour BBC-TV special was a critical failure and the group was embarking on their first business venture without any actual business training: Apple Corps. Apple Corps (pronounced core, get it?) originally had five divisions: Apple Records, Apple Electronics, Apple Publishing, Apple Retail and Apple Films.

After viewing some scenes from Yellow Submarine, The Beatles attitude toward the film improved considerably and they agreed to film their brief cameo on January 25, 1968 just prior to their scheduled three month retreat in India with the Maharishi Mahesh Yogi. But because of their limited involvement, United Artists did not count this as the third film of their original contract and still required another film.

By mid February 1968 the group was relaxing in India, meditating and composing an unprecedented amount of songs that would later appear on The White Album. While in India, Apple Films manager Denis O’Dell heard that J.R.R. Tolkien was looking to sell the film rights to his epic trilogy, now a cultural phenomenon. O’Dell flew to India to speak to the four corporate heads; John, Paul, George and Ringo and get their take on appearing in Lord of the Rings to satisfy their United Artists contract.

For a brief moment, John Lennon, still considered their fearless leader, had a moment of clarity that may seem inconceivable today, but was grounded in The Beatles belief in their own abilities and their enormous egos that anything is possible. Lennon became the most enthusiastic supporter of O’Dell’s idea for a Beatles Lord of the Rings film. 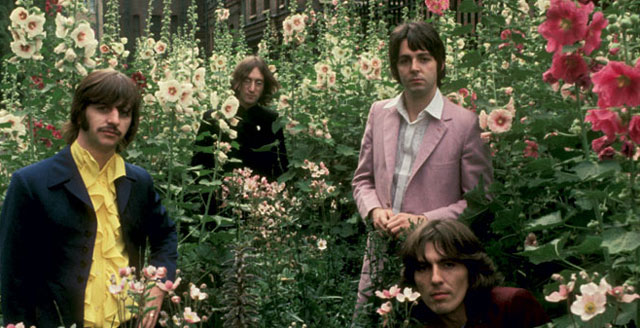 July 28, 1968, during the period The Beatles were considering The Lord of the Rings

John’s concept was fairly simple; the spiritually awakening and serious-minded George would portray the long bearded wizard Gandalf; the innocent looking, people-pleasing Paul would be the ring-bearing Hobbit, Frodo Baggins; the hapless, bumbling Ringo would play Frodo’s loyal sidekick Samwise Gamgee and John would be the Hobbit-like, dishonest, ring obsessed creature, Gollum. John may have inadvertently been auditioning for Gollum since the late 50’s with his onstage antics between songs of a spastic, invalid, partly channeled by Charles Laughton’s Hunchback of Notre Dame, just to crack the other Beatles up.

Three directors were discussed at one time or the other; David Lean, Stanly Kubrick and Michaelangelo Antonioni. By the mid 60’s Lean had The Bridge on the River Kwai and Lawrence of Arabia on his resume, Antonioni was best known for Blow Up, while Kubrick had Spartacus and Dr. Strangelove. Lennon’ vision was clearly on the grand scale and one can only imagine how either director could of managed an epic cinematic tale.

Kubrick’s obsession with getting the perfect shot sometimes has led up to 70 takes per scene, a work ethic the daydreaming Lennon would certainly have clashed with. John and Paul actually approached Kubrick at MGM studios in May 1968 to direct, but he turned it down due to the immensity of filming the entire trilogy and instead concentrated on his next film, 2001: A Space Odyssey. O’Dell approached Lean, but despite showing interest, the director was in pre-production for Ryan’s Daughter and unavailable.

But United Artists was interested in the profits The Beatles could generate with their music, not their acting abilities. New original material needed to be on the soundtrack, possibly as much as eight songs. The timing of John’s concept took place during the group’s artistic retreat into the studio where tracks such as “A Day in the Life” and “I am the Walrus” were recently produced and just prior to recording the White Album, so it is conceivable a Elvin limerick or Hobbit ballad could of been created to match the dark journey found in the books.

But despite all the efforts of The Beatles and Denis O’Dell, Tolkien decided against selling the film rights to Apple Films, but instead ironically sold it to United Artists. 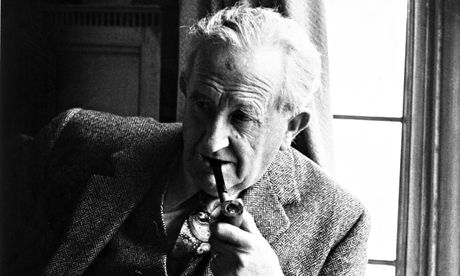 J.R.R. Tolkien in 1968, the same year he rejected The Beatles offer for The Lord of the Rings

Why was Tolkien against The Beatles adapting his life’s work? A brief look into his thoughts can be found in a 50 year old letter. In it Tolkien complained about “radio, tele, dogs, scooters, buzzbikes, and cars of all sizes but the smallestmaking noise from early morn to about 2 a.m.In addition, in a house three doors away dwells a member of a group of young men who are evidently aiming to turn themselves into a Beatle Group. On days when it falls to his turn to have a practice session the noise is indescribable.”

This was not the only film project The Beatles considered for their third United Artists film, which eventually became Let it Be in 1970. Other concepts were discussed within the offices of Apple Films, but the disintegration of the group and their eventual lack of interest in Apple eventually led the company and The Beatles demise.

Lawrence Kasdan will bring Balance to the Force 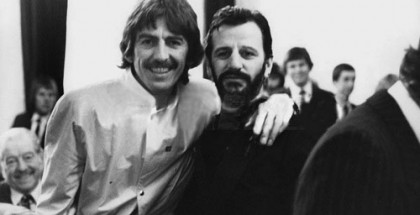